Moving over the festive period? Here are 5 reasons it’s a great idea! 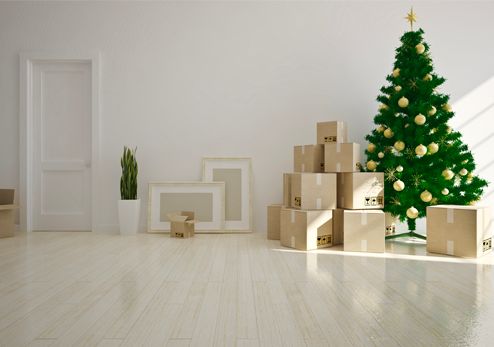 December is a month many people look forward to in Dubai. For those that celebrate the festive season, it is a time anticipated from as early as September, and for those who don’t, the weather is great!

Many people avoid moving to a new house during this period due to the vast number of social gatherings and the added cost the season brings, but could December, in fact, be a smart time to move to a new home?

Allsopp & Allsopp explain why December could be a cracker (excuse the pun) of a time to move to a new home:

As previously mentioned, the weather in Dubai in December is extremely pleasant and much preferable for a move-in date than the hotter summer months. There is no need to wait for the AC to be connected - open the windows and doors, let the fresh air breeze through the house and enjoy some juice breaks on the balcony or in the garden.

The City is Quieter

Many expats head back home or go on vacation over the festive period which leaves the roads quieter and a lot less stressful – perfect for a move! You may have a bit of going back and forth between houses and clear roads make the entire process more enjoyable and less of a headache. You may be moved in a lot quicker too!

Great Time for a Clear-Out

Moving to a new house leaves the perfect opportunity for a good clear out of unwanted items. Moving in December could mean you can start the new year with fresh cupboards, wardrobes, feeling a lot more together and ready to take on the year ahead!

December is also a great time to donate old toys and unwanted belongings to charities, so your items don’t go to waste. Little People Big Hearts is an organisation set up on social media in Dubai who distribute unwanted items to orphanages worldwide and to local labour camps. They will even collect these items from your home!

This could be a pro or a con, depending on how you feel about the kids being involved in moving day! However, if the kids are off school, the school run is one less thing to worry about on the big day. They can also get involved and help to set up their rooms and be a part of the very important change which could aid in the transitional phase.

Many people take a day off for moving, but during the festive season, you may have already got some time off which means no extra holiday days for the move. Moving to a new home during your leave is a great idea, it means you have more time to organise and settle in so all those boxes that can sit around for weeks after you move can be cleared away within a matter of days. Remember not to let the move take over your entire holiday time. Put aside a day or two to dedicate to your move and think of using a home moving company who can do all the hard work for you – including the unpacking!