The plunge in oil prices may take more of the froth off Dubai's booming real estate market, but broad-based demand for property is likely to prevent any crash. 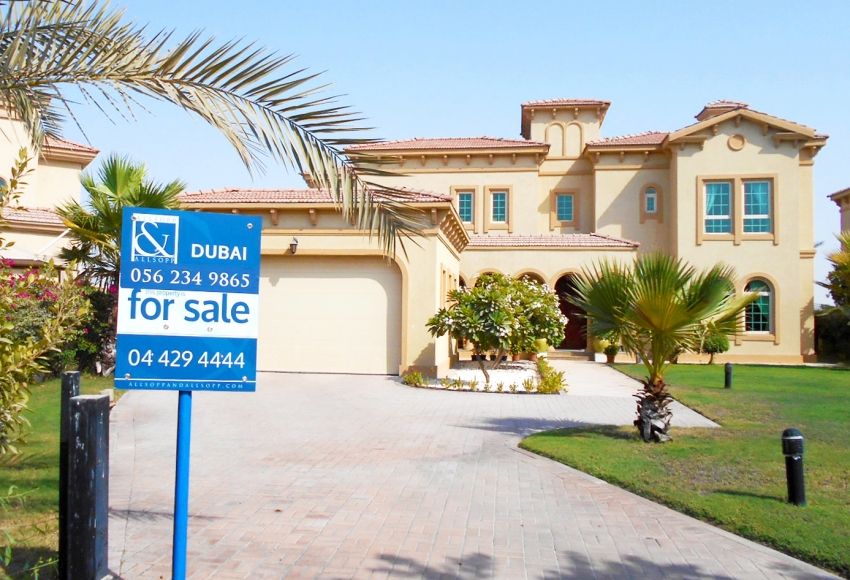 As the global financial crisis slashed oil and equity prices in 2008, Dubai's real estate market began a collapse that roughly halved residential prices in 12 months and forced the restructuring of tens of billions of dollars of corporate debt.

So oil's current slide is being watched closely in Dubai. During the last slump, a sharp downturn in the Dubai stock market preceded the beginning of the property crash by about nine months; the stock index is now down 37 percent from its May 2014 peak.

This time around, however, there are major differences. The United Arab Emirates has built up huge fiscal reserves which are expected to let the government keep spending heavily, insulating the economy from the reduction in oil revenues.

Also, Dubai's real estate market looks healthier and less vulnerable to a crash than it did in 2008 when frenzied buying by speculators and overextended property developers created a bubble that was waiting to burst.

"I wouldn't say lower oil will have much effect on Dubai's property market in the long run because demand is there - if not from the Gulf, then from India, China and Europe," said Harshjit Oza, assistant director of research at Naeem Brokerage in Cairo.

He said Dubai real estate would not be able to escape a temporary impact from cheaper oil, but noted the UAE as a whole was not as dependent on oil as the other big Gulf economies, and that Dubai - with little oil itself and big tourism, travel, and trading sectors - was even less exposed.

Dubai's real estate industry began rebounding from its last slump in 2012. Residential prices soared by roughly a third in the 12 months to mid-2014, bringing them near their 2008 peaks.

The big threat to the market is that lower oil revenues in the Gulf could slash the amount of money available to buy Dubai property, just as the supply of new units increases next year as projects launched at the start of the boom are completed.

But many analysts think such fears are misplaced. Oil revenues do not flow directly into Gulf real estate markets; they go into state coffers, and governments then decide how much they want to inject into their economies via state spending.

The UAE, Saudi Arabia, Kuwait, and Qatar have spent the last five years building up fiscal reserves that will let them keep spending actively even if Brent oil, at $115 a barrel as recently as June, stays around $60 or goes even lower.

"There is no need now for a very steep and quick reduction of spending, which would not necessarily be desirable," Harald Finger, the International Monetary Fund's head of mission for the UAE, said last week.

Gulf economic officials, including the Saudi finance minister and the UAE economics minister, have made similar statements.

So the impact of cheaper oil on property prices is likely to be more psychological than economic. And the market is less jittery than it was at the start of the last downturn because many of the excesses of the last boom have been avoided.

New regulations have limited short-term speculation in property - the central bank increased the size of deposits required from mortgage borrowers, and Dubai doubled its land transaction fee. Despite their bullish rhetoric, developers have launched projects more carefully than they did a decade ago.

Even if demand from the Gulf does ease, it may not matter much because interest in Dubai property is diversified.

Figures from the Dubai Land Department show that while UAE nationals bought a quarter of property in the emirate in the first half of this year and Saudis 7 percent, over a fifth was bought by Indians and 12 percent by Britons.

"In the early part of 2015, weaker sentiment as a result of lower oil prices and the ongoing uncertainty in the eurozone is likely to dampen residential investment activity from the Gulf and Europe," Knight Frank wrote of the Dubai market.

"Emiratis and Indians, however, are likely to remain important investors in real estate."

Even if a long period of cheap oil slows economic growth in the Gulf, it may increase wealth in the rest of the world - and some of that money is likely to find its way to international cities such as Dubai. This is a big difference from 2008 when the global crisis reduced wealth globally.

"Purely from a real estate point of view, while there are potentially negatives - say if the oil and gas sector slows in terms of new office openings etcetera - there are also a lot of potential positives, given what it could do to the global economy," said Matthew Green, CBRE's regional head of research.