What to do this March in Dubai 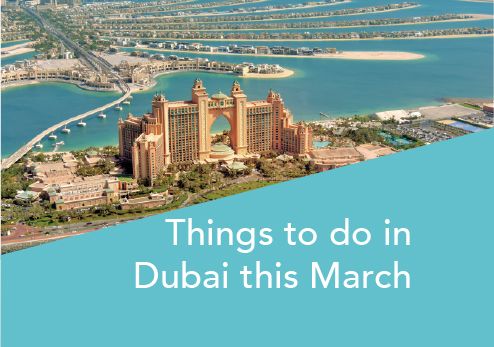 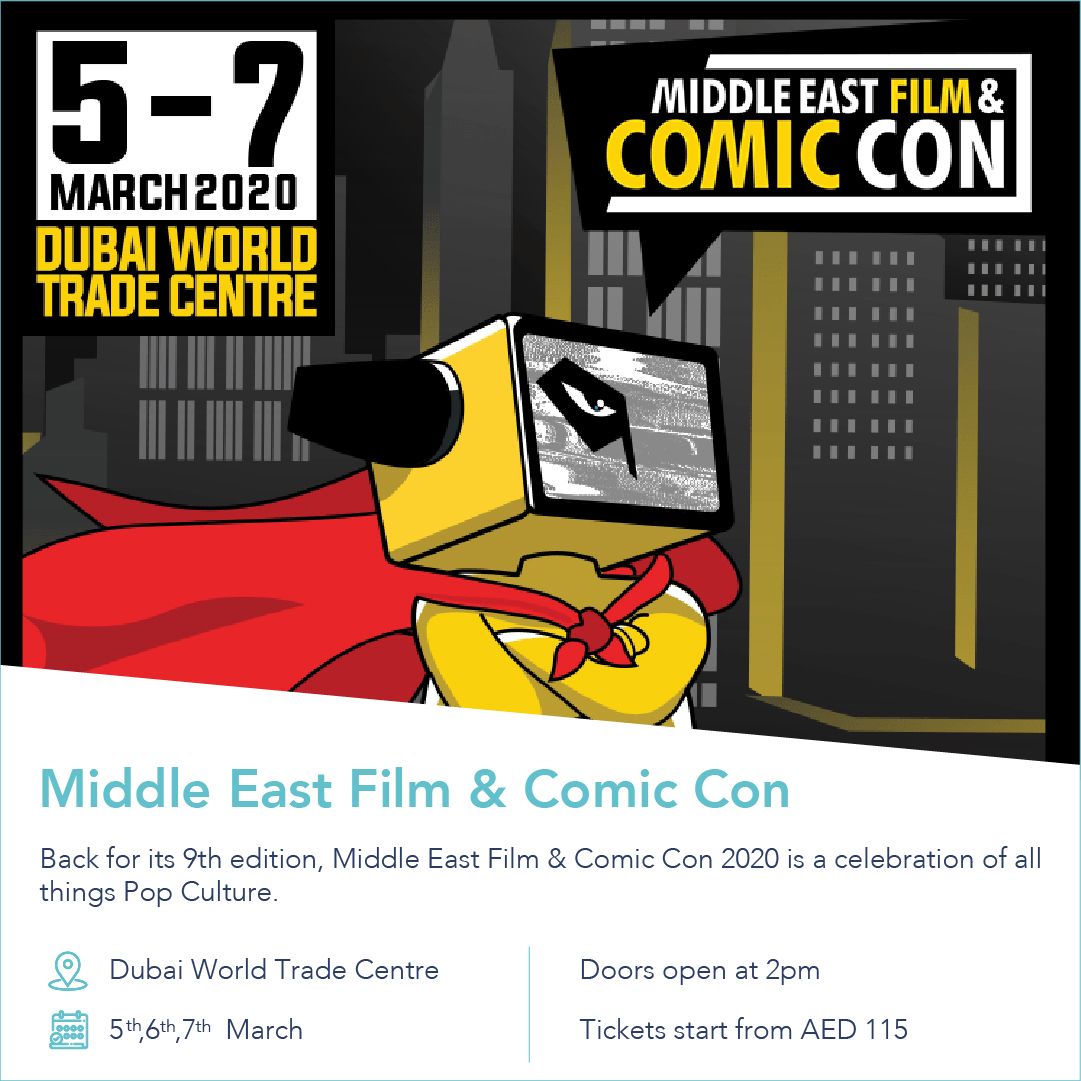 A memorable weekend awaits for the biggest pop culture festival in the region! Marvel, DC Comics enthusiasts, cosplayers and anime-watchers can look forward to a weekend packed full of entertainment and the chance to meet Mena Massoud among a number of stars expected at the event! 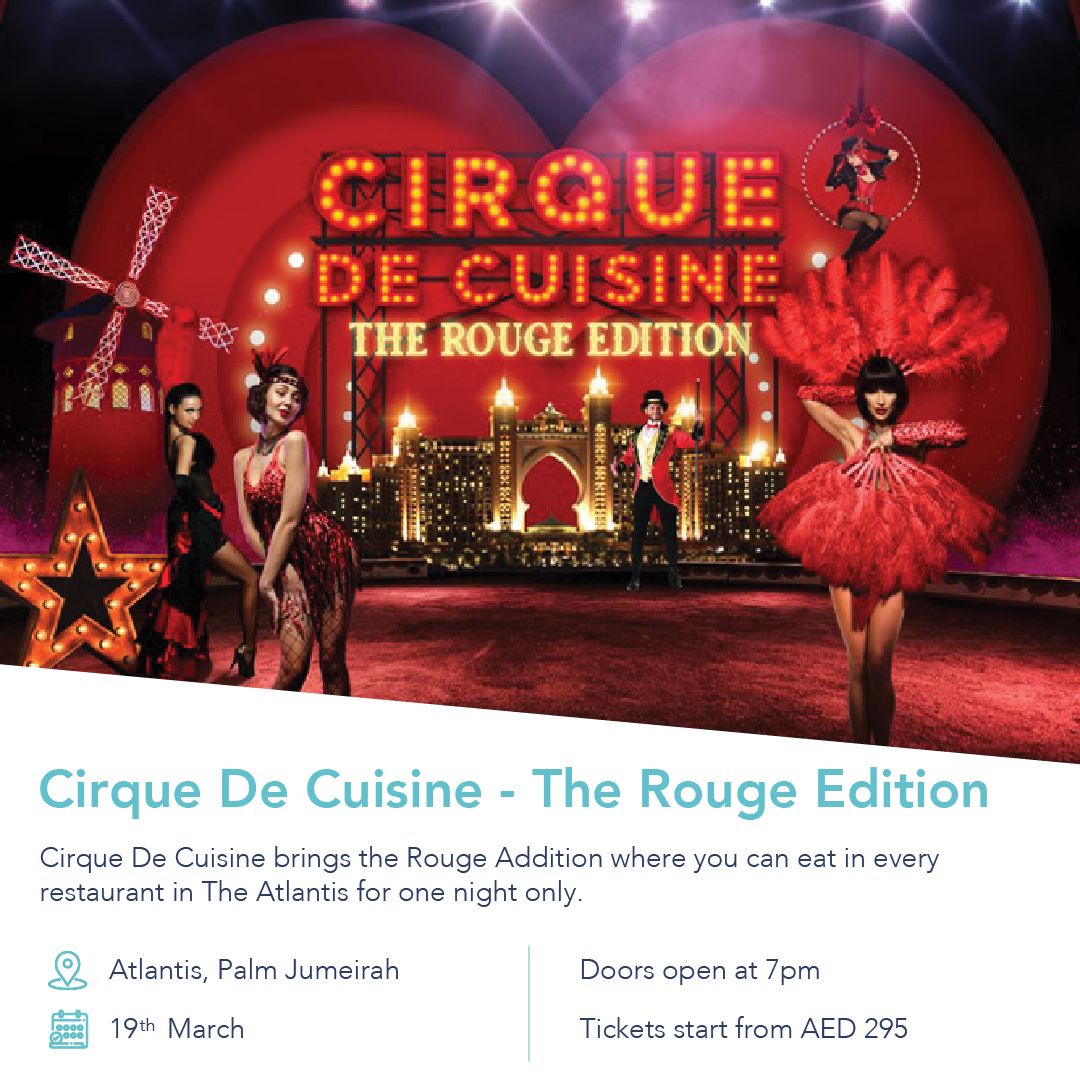 If you’ve ever found yourself pondering how and when you can indulge in the selection of food outlets at The Atlantis then ponder no more. Cirque De Cuisine brings The Rouge Addition where you can eat in every restaurant in The Atlantis for one night only.

Take your pick from Nobu, Ronda Locatelli, Bread Street Kitchen, Seafire, Ossiano, Hakkasan and more as well as live entertainment including cabarets, theatre and dancers. You will even be treated to an underwater dining experience in The Lost Chambers where desserts will be served.

After you have filled your boots at brunch, you can head to the electrifying afterparty at Wavehouse with a live DJ so you can dance the night away. 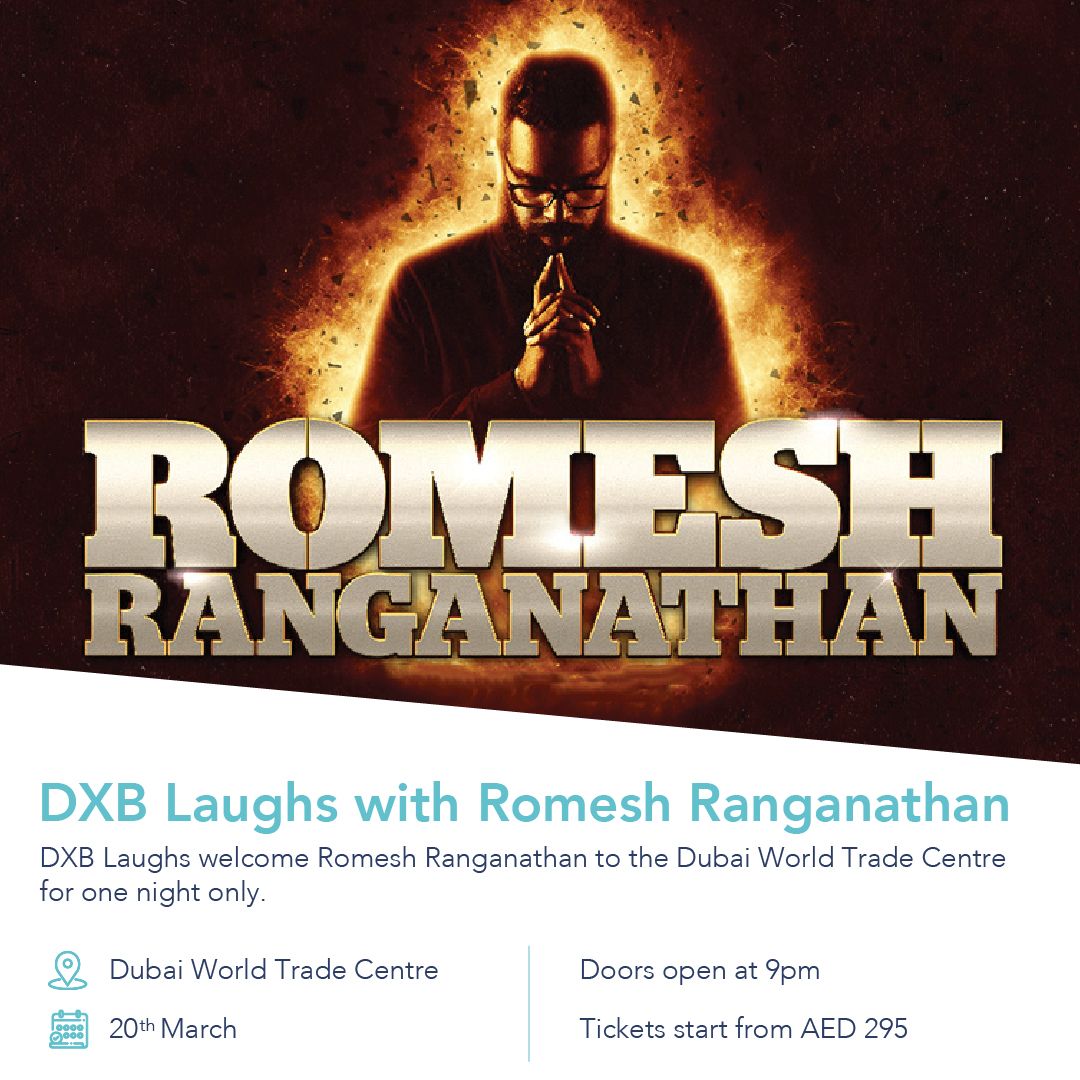 Romesh Ranganathan is an esteemed comedian with his own tv show ‘The Misadventures of Romesh Ranganathan’ and featuring in the hugely popular show ‘A League of their Own’ who started off as a teacher before dabbling in a rap career and most recently writing his own book ‘Straight Outta Crawley’.

An Evening with Michael Owen 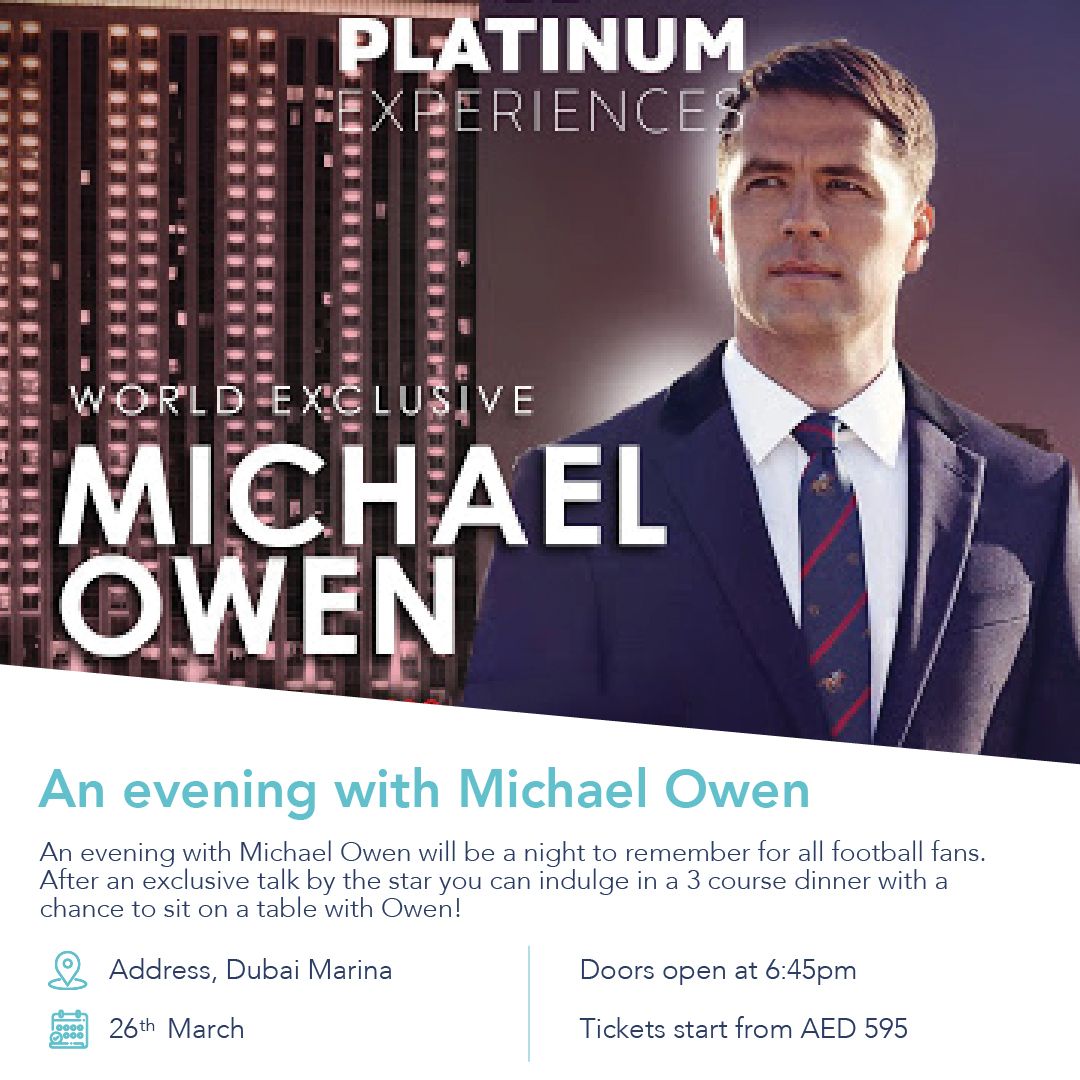 An Evening with Michael Owen will be a night to remember for all football fans. After an exclusive talk by the star you can indulge in a 3 course dinner with a chance to sit on a table with Owen!

The previous England star has played football for some of the worlds best teams including; Liverpool, Manchester United, Newcastle United, Real Madrid and Stoke City. This truly will be a once in a lifetime opportunity. 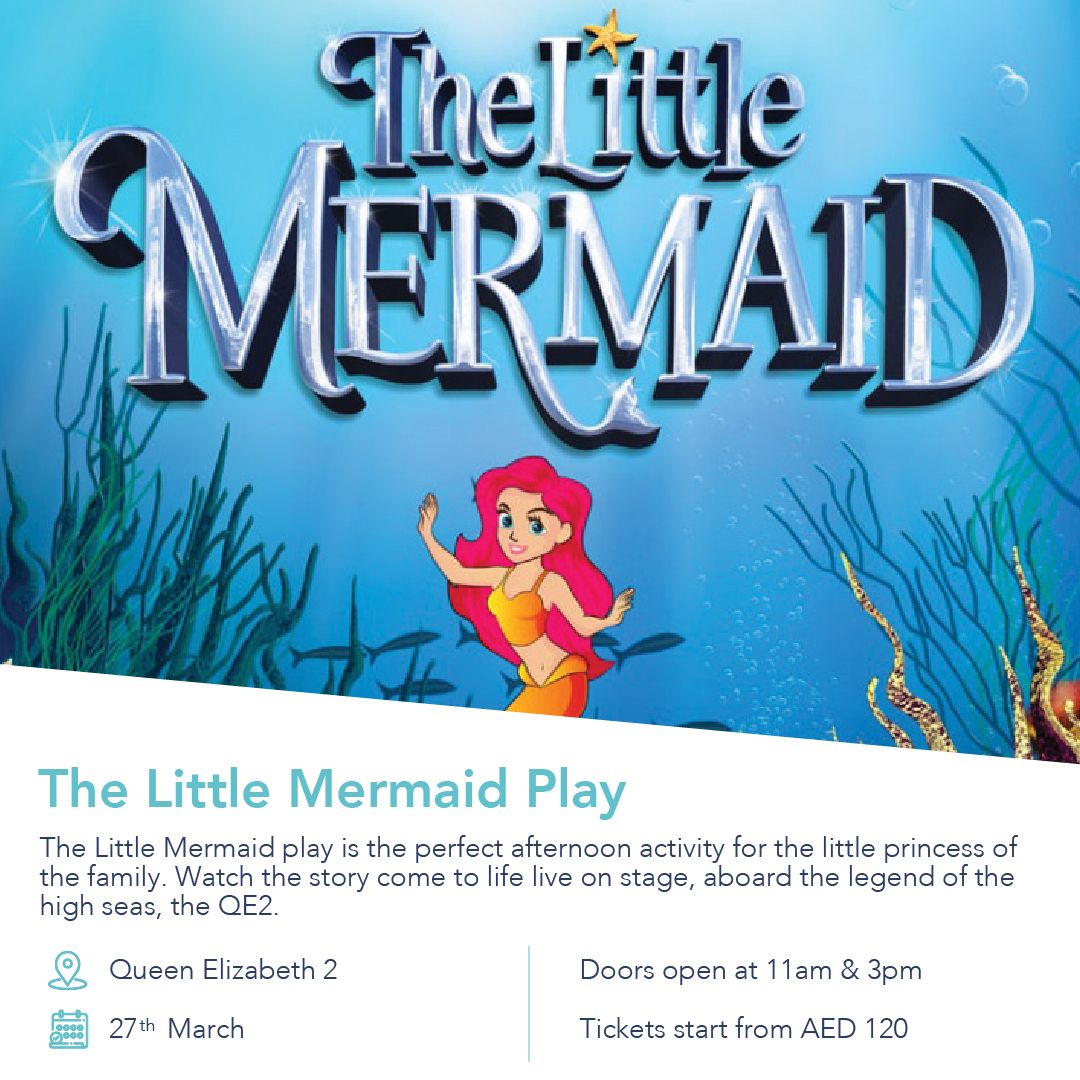 The Little Mermaid Play is the perfect afternoon activity for the little princess of the family. Watch the story come to life live on stage aboard the legend of the high seas, the QE2.

If the show isn’t enough, you can treat yourself to ‘Tea Under the Sea’ afternoon tea before or after the performance for as little as AED 65pp. The characters from the show will also excite with a surprise appearance! 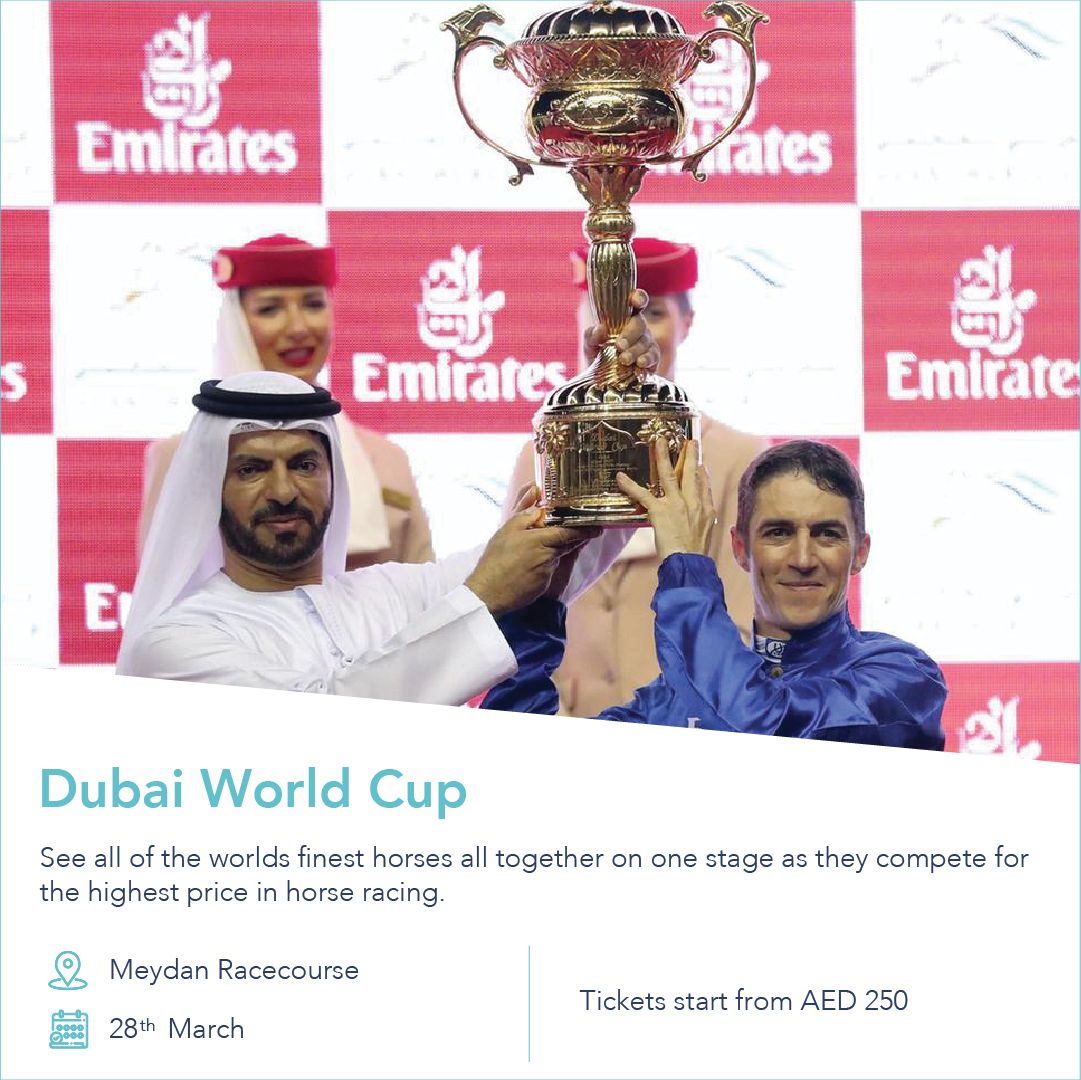 Hats at the ready for the world’s most prestigious horse race, the Dubai World Cup! See all of the worlds finest horses all together on one stage as they compete for the highest price in horse racing.

Dubai World Cup is one of the highlights of Dubai’s calendar with people visiting from all over the world to enjoy the racing and the entertainment! A live concert will be in full swing after all racing is complete and, of course, there will be an epic Dubai style fireworks display to top off the day in style!