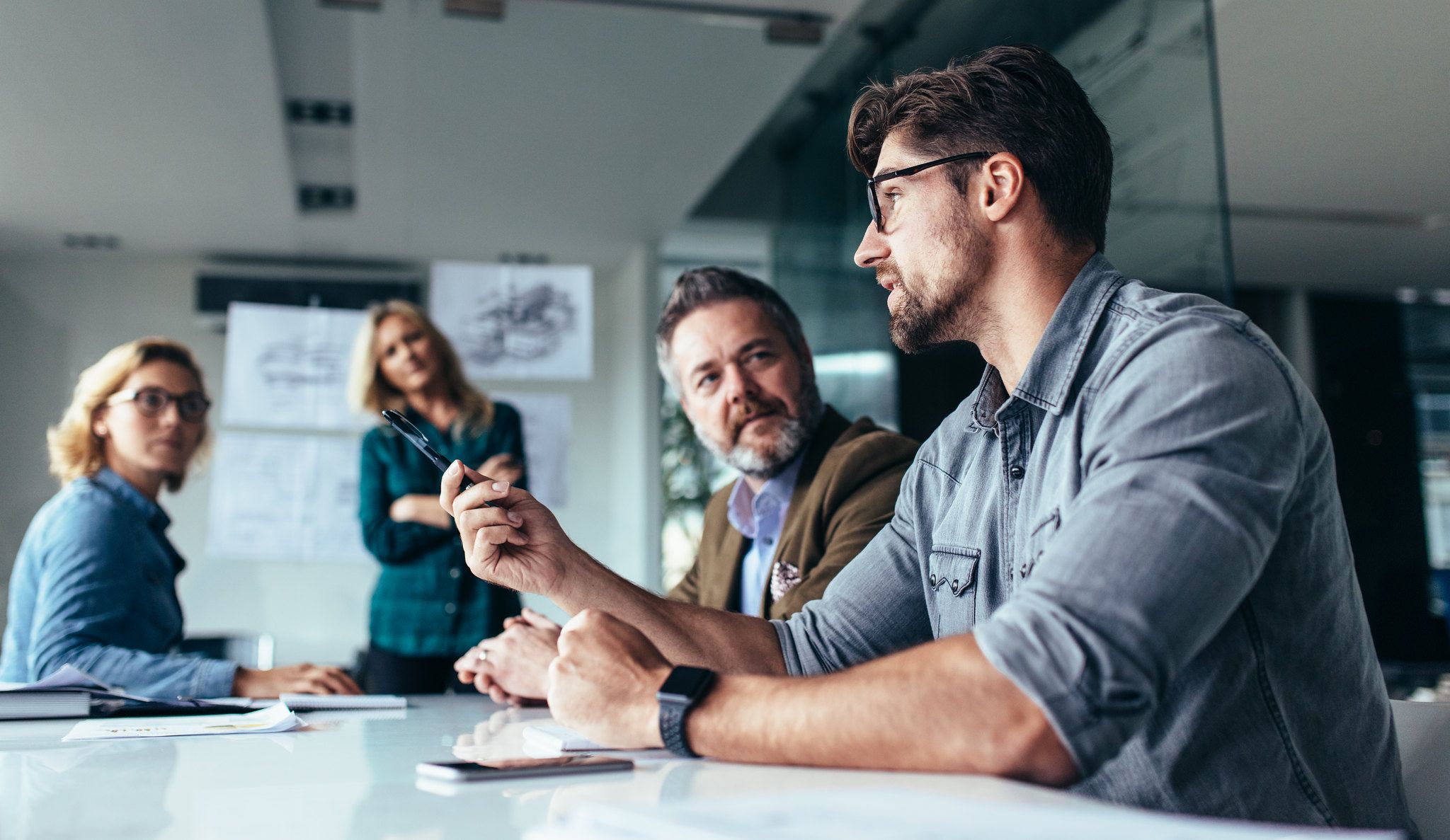 Coventry City Football Club has agreed to a deal with property agency Allsopp & Allsopp to be this season’s home shirt sponsor. 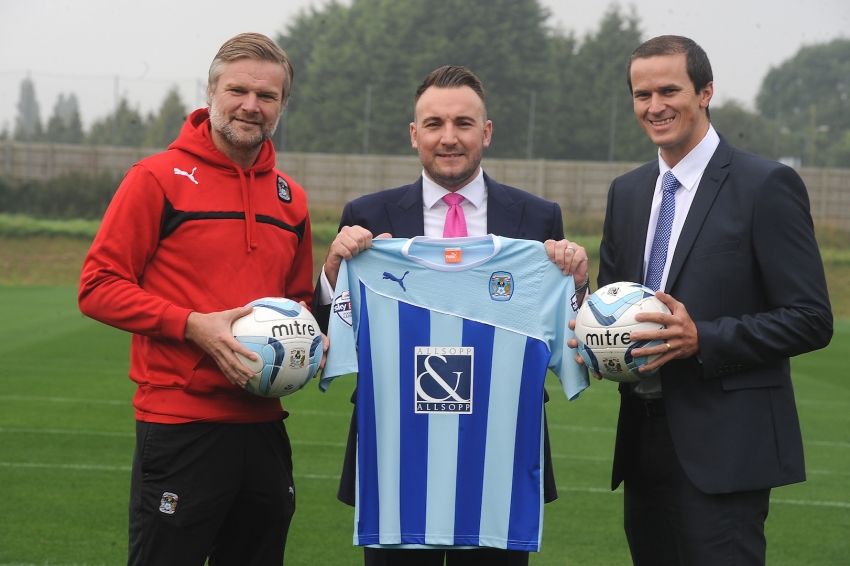 Carl Allsopp, a director of the company alongside brother Lewis, said it was a proud moment on a personal level and was the next step in developing the business, which opened in the city less than a year ago.

He said: “I have been a Coventry City supporter all of my life – the whole family follows the Sky Blues – so this a fantastic moment for us personally but it has also been done as a hard-nosed business decision.

“When Lewis and I came back to the city in October 2013 to launch Allsopp & Allsopp as an estate agency serving Coventry, we wanted to raise the profile of the company as quickly as possible.

“Our ethos is very much around the highest levels of customer service and experience both for those people selling their home and to buyers too.

“But it’s absolutely vital, in this industry particularly, that the profile of the business is always high and that your brand is recognised across the city. What better way of doing that than having your name emblazoned on the front of the club’s home shirts.

“Everybody knows what a tough time it’s been – not just last season but for a few years now – but there seems to be a real buzz in the city again about the football club and if, through deals such as this, we can play a part in helping the club be successful in the future that would be something to be extremely proud of.” 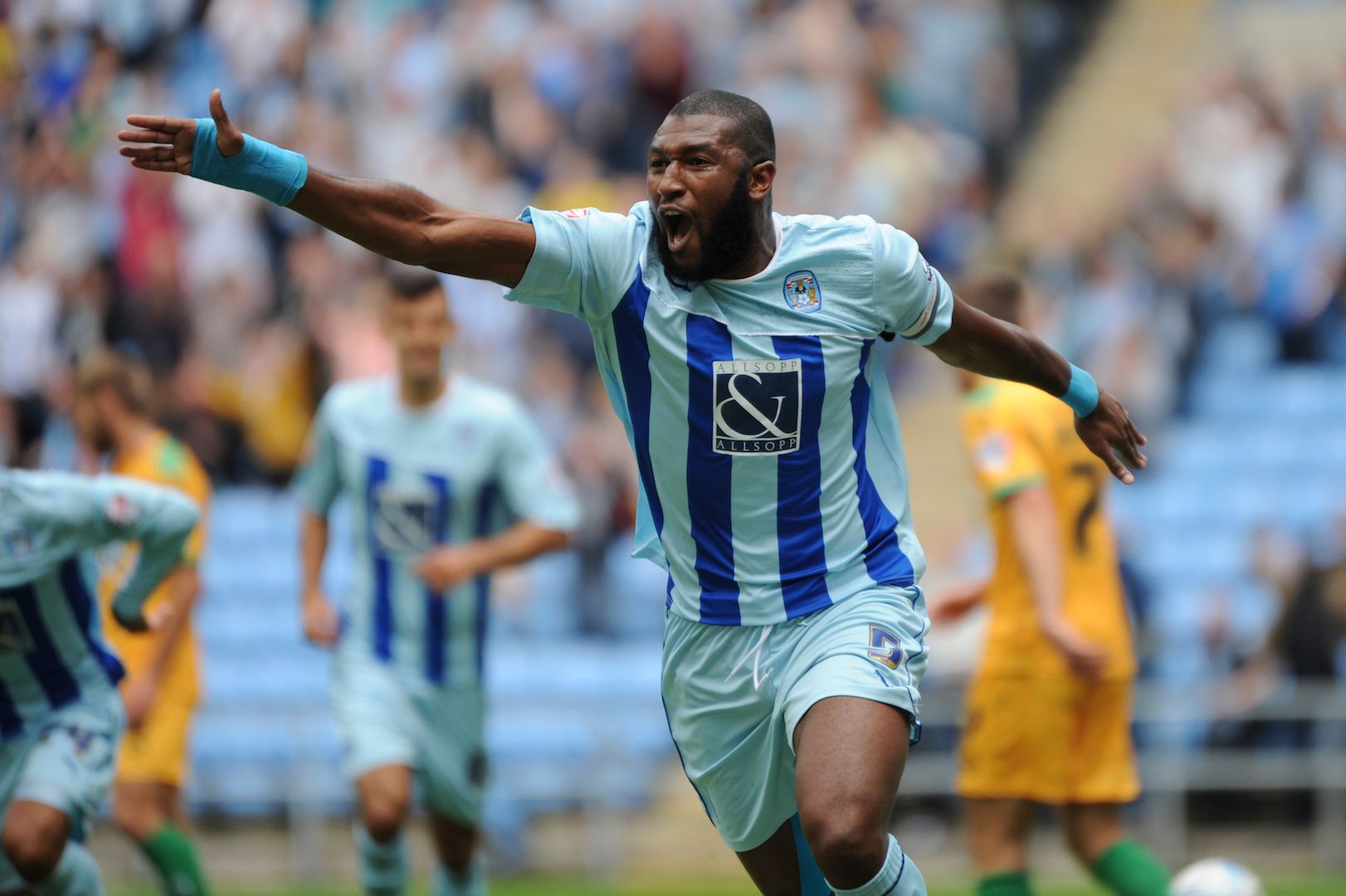 Lewis and Carl, who were born and raised in Coventry, established the estate agency in Dubai in 2008 and it is now one of the most successful in the United Arab Emirates.

Allsopp & Allsopp employs around 100 staff across two offices in Dubai and has won a string of international awards. The company is fast becoming one of the best-known names in estate agency in Coventry since the office was established in October 2013. 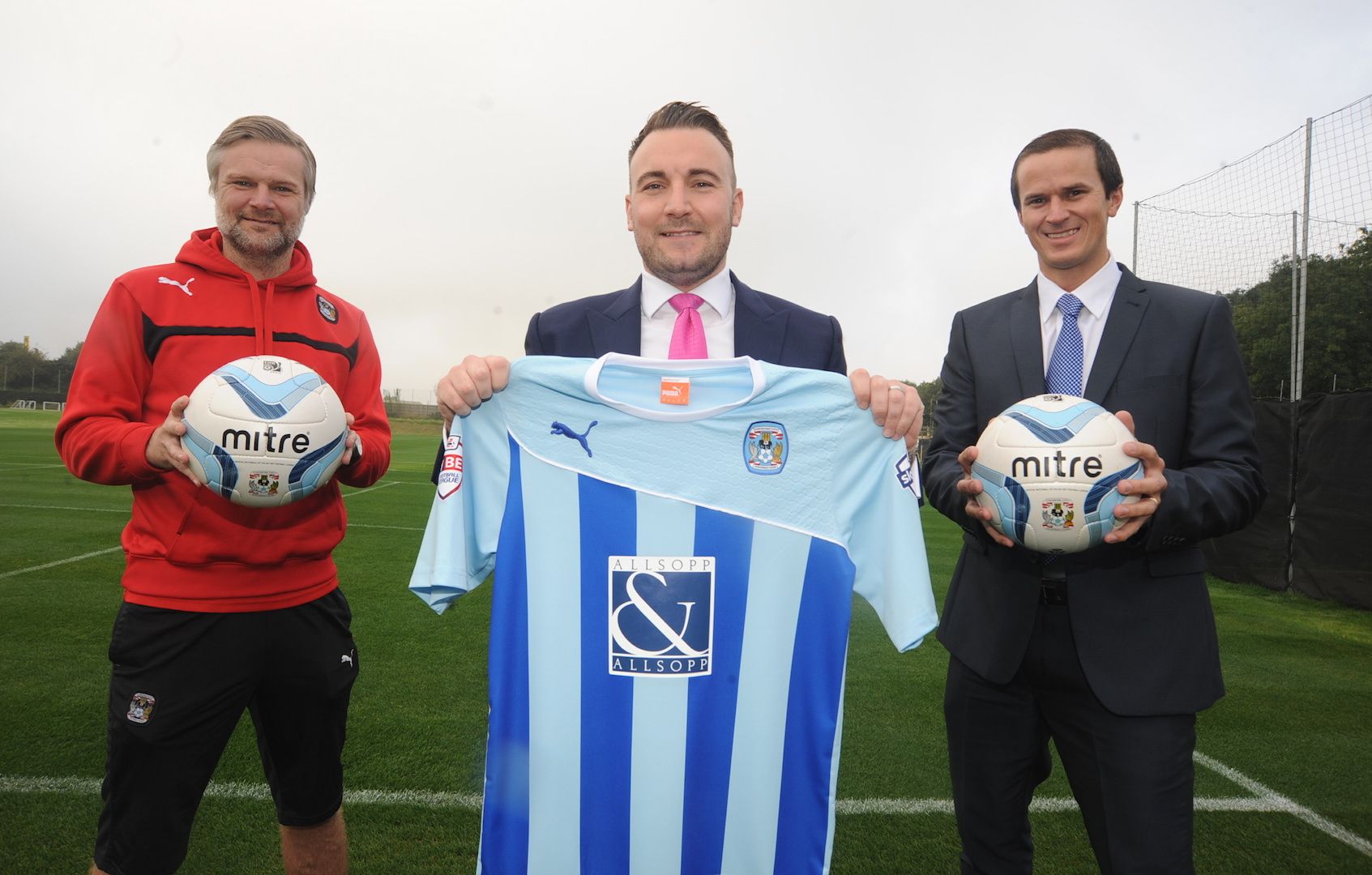 “We are thrilled to get them on board as the home shirt sponsor and we look forward to working with them over the course of the season and beyond.

“I know Carl and Lewis and their family are very keen supporters of Coventry City and it’s fantastic that they are able to back the club in this way and, at the same time, take this opportunity to continue to raise the profile of their fast-growing business.”

For more information on commercial opportunities with Coventry City Football Club call on 02476 992 330 or email commercial@ccfc.co.uk 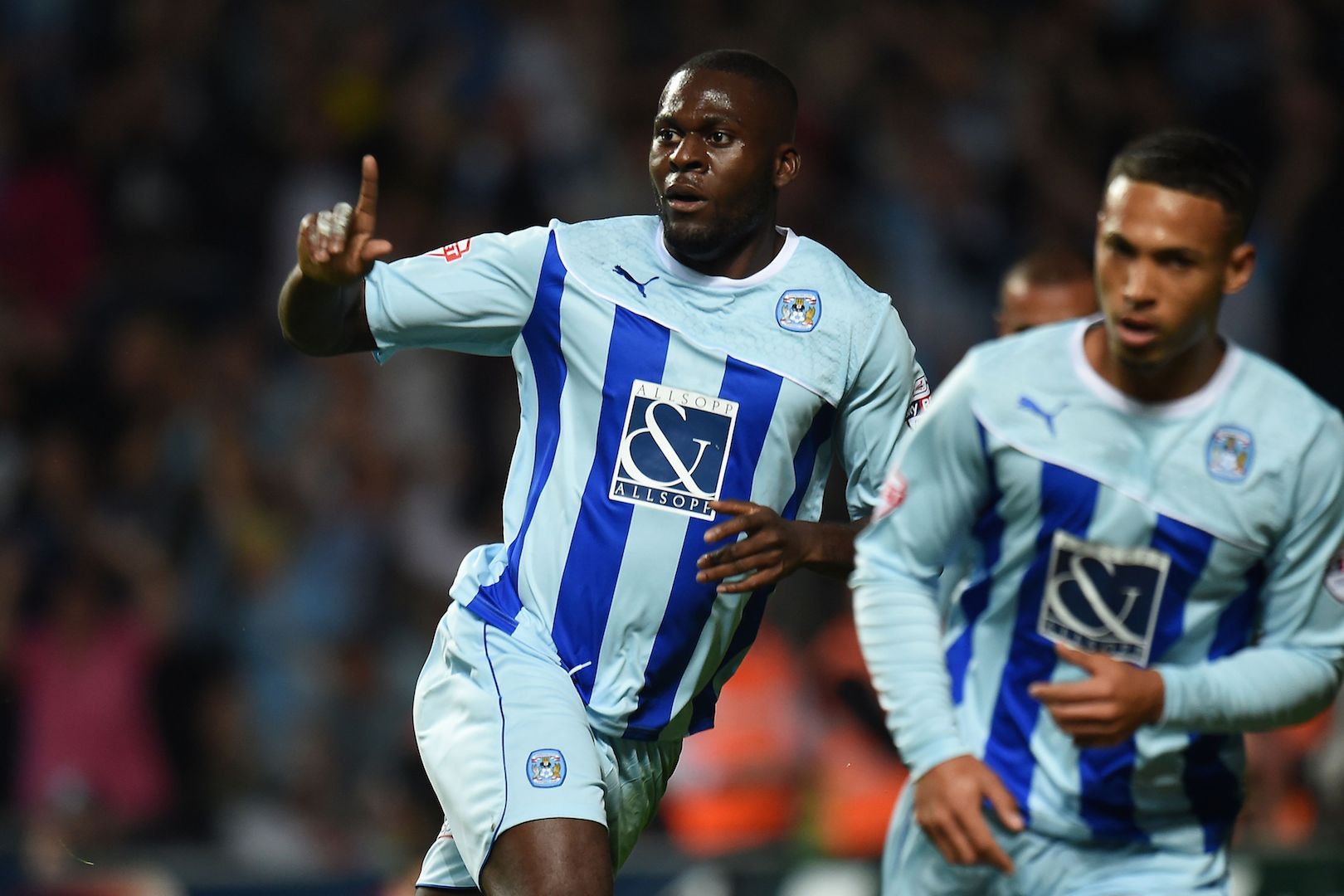